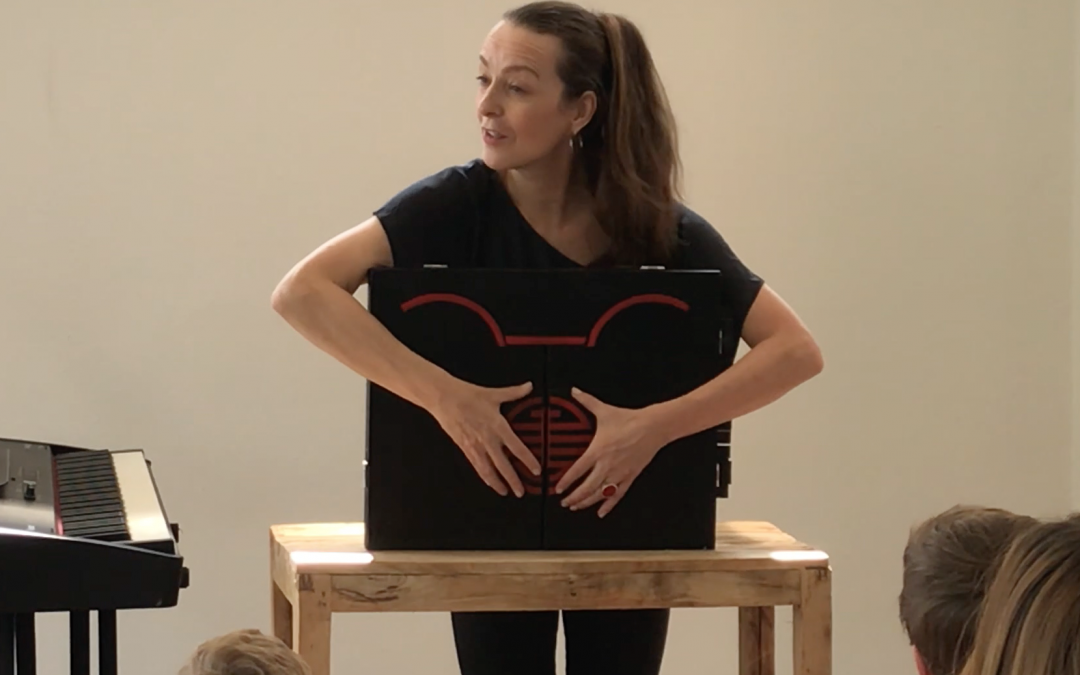 Kamishibai (Japanese: 紙芝居, “paper play”) is a form of Japanese street theatre and storytelling that was popular during the Depression of the 1930s and the post-war period in Japan until the advent of television during the twentieth century. Kamishibai was told by a kamishibaiya (kamishibai narrator) who travelled to street corners with sets of illustrated boards that he or she placed in a miniature stage-like device and narrated the story by changing each image. Kamishibai has its earliest origins in Japanese Buddhist temples where Buddhist monks from the eighth century onward used emakimono (“picture scrolls”) as pictorial aids for recounting their history of the monasteries, an early combination of picture and text to convey a story.